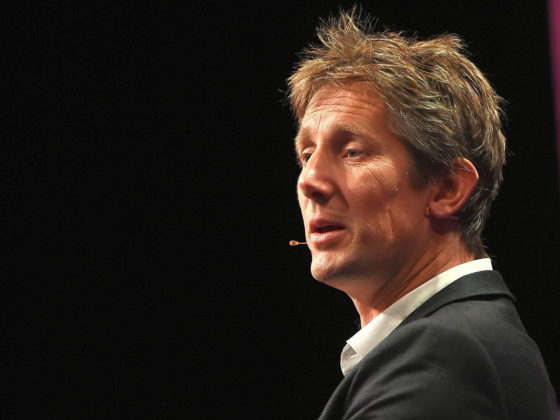 Ajax’s chief executive Edwin van der Sar has called for matches between the big clubs in next season’s Eredivisie to be delayed until the second half of the season.

Under the KNVB’s seven-step ‘Delta plan’ for professional football, unveiled last Friday, matches will be played in empty stadiums up until the winter break.

Analysis of games played in Germany’s Bundesliga suggest home advantage is largely cancelled out in the absence of a crowd, which would put clubs who hosted major fixtures in the first half of the season at a disadvantage.

Van der Sar said moving the top-of-the-table clashes to the second half of the season was a fairer and more commercially attractive solution. ‘I’m talking about matches between teams such as Ajax, Feyenoord and PSV, but also regional derbies such as Twente-Heracles and Groningen-Heerenveen,’ he told NOS Studio Sport.

‘The most important thing is to play football. We need to look to the fans to see how we can make it attractive. We’d rather see spectators at the big matches and I think it’s a fair way to play the games too.’

The KNVB’s plan will allow professional football matches to resume on September 1 in closed stadiums with a maximum of 300 people, including players, coaching staff, referees, medical assistants and the media.

There will also be a maximum of four ball boys and girls – one on each side of the pitch – a four-person cleaning staff and one member of the drug testing team. Managers will not give post-match press conferences but journalists will be able to ask questions either from the stand or via digital screens.

Changing rooms will be reconfigured so that first-team players, reserves and technical staff prepare for the match in separate spaces. Mascots will not be allowed and the teams will not line up side by side in the tunnel before the game.

Players will be tested once a week for coronavirus and 24 hours before every game. Small numbers of spectators may be allowed before Christmas but capacity crowds will only be permitted in January, if the virus remains under control.

Officials from the KNVB and the sports ministry will meet in the last week of June to finalise the plan.