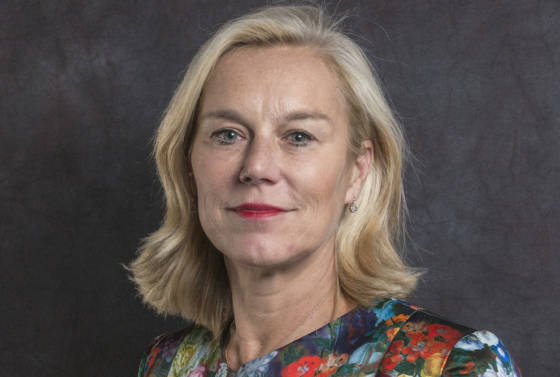 One of the worst kept secrets in Dutch politics is out: Sigrid Kaag will stand for the leadership of coalition party D66 at next year’s election.

The overseas development minister declared her candidacy on Sunday in a series of carefully stage managed exclusive interviews with outlets including RTL Nieuws, Vrij Nederland and Het Parool.

The 58-year-old said she wanted to become the first Dutch female prime minister. ‘I want to help the Netherlands out of the crisis. It’s about having the courage to be there in difficult times and not walk away.’

Kaag’s decision was widely expected after she ruled herself out of the running earlier this month to be the next director-general of the World Trade Organization. Her chances were also boosted when party colleague and interior minister Kajsa Ollongren said she would not be standing, having recently returned from nearly six months’ sick leave.

D66’s current parliamentary group leader, Rob Jetten, took over from Alexander Pechtold in 2018, but has not yet decided whether he will challenge Kaag. If there is a leadership contest, party members will vote in September.

An opinion poll by Maurice de Hond on Sunday indicated that GroenLinks and Labour (PvdA) voters were three times more likely to switch to D66 if Kaag were leader rather than Jetten. Her chances of becoming prime minister remain a long shot, given that the party is currently seventh in the polls and projected to lose nearly half its 19 seats.

Kaag returned to the Netherlands in 2017 to become minister for international trade and development co-operation after a 20-year career with the United Nations. As a special envoy in Syria she co-ordinated the mission to destroy Syria’s stock of chemical weapons in 2013, earning the personal thanks of US president Barack Obama.

After studying in Leiden, Oxford, the American University in Cairo and Exeter, Kaag worked for Shell and the Dutch foreign affairs ministry before joining the UN in 1993. She has had postings in Beirut, Vienna and Khartoum, Sudan.

Her marriage to Anis al-Qaq, a former junior minister in the Palestinian government, attracted the attention of far-right politicians who have sought to brand her a terrorist sympathiser. Last year Kaag delivered an address to members of the pro-Israel campaign group CIDI in The Hague last year in which she voiced her opposition to the ‘boycott Israel’ movement.

Kaag told Vrij Nederland she had made her decision to stand for the leadership in February. ‘I think the Netherlands needs new leadership,’ she said. ‘I want a tolerant society and to put the Netherlands back on the map in Europe and the world.

‘I have worked in countries in peacetime and wartime. I have experience with crises. Moreover, I’m not shaped by politics. I come from a much broader world.’