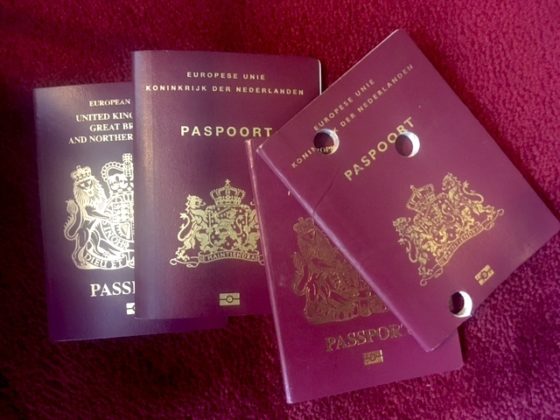 Senators on Tuesday voted in favour of new legislation which will allow Dutch nationals living in Britain to retain their Dutch nationality if they have to become British to ensure their residency rights are respected.

Most parties in the senate voted in favour of the bill, drawn up by D66, but it was not supported by the far right PVV, the Christian Democrats or ChristenUnie.

‘They are making a mess of it on the other side of the North Sea, so Dutch politicians are stepping in,’ said D66 parliamentarian Sjoerd Sjoerdsma. ‘Dutch nationals in the UK should not become hostage to Brexit… After four years of chaos, this legislation offers them certainty.’

The law means Dutch nationals who already live in the UK can apply for a British passport without having to renounce their Dutch nationality – if the final withdrawal agreement means their residency rights worsen.

The draft legislation originally offered the same deal to British nationals in the Netherlands, but that idea was dropped because there was not enough support in parliament. British nationals who do not have a permanent Dutch partner and are under the age of 65 have to give up their British nationality to become Dutch.

The government itself does not support the legislation because it creates inequalities by giving dual nationality rights to one group of Dutch nationals. However, junior justice minister Ankie Broekers-Knol told senators the government will implement the law if the withdrawal agreement does lead to a deterioration in the rights of EU residents in Britain.

The government pledged in its 2017 coalition agreement to take steps to change the Dutch rules on dual nationality but has not yet published any recommendations.