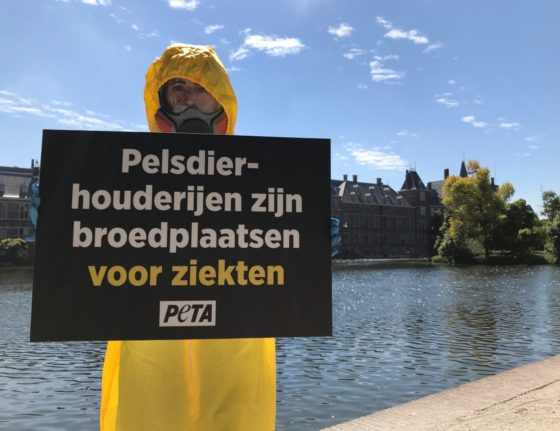 As mink farm clearances continue in the wake of high levels of COVID-19 infection among the animals, the Volkskrant took a look at a dying industry.

The Netherlands is home to some 128 mink farms concentrated in the south of the country, making it the third largest producer of mink pelts in the world after Denmark and China.

The use of fur and the conditions the animals were kept had prompted calls to ban the industry since 1989 but didn’t result in a law prohibiting the practice until 2013. At the time, fur farmers were told they would get until the end of 2023 to make good on their investments.

The impact of the impending ban on some farmers was such that a number of them committed suicide, the paper writes. But for some the fur trade – most of it is exported to China, Russia and Japan, and in Europe to Italy and Greece – has been a lucrative business.

The biggest earner is Jos van Deurzen from Elsendorp who became a multimillionaire with an estimated fortune of €89m. Van Deurzen has at least ten fur farms in the Netherlands and abroad and also owns factories making mink feed and cages.

Apart from the blow dealt to the industry by COVID-19, fur farmers had been struggling anyway, the paper says. Overproduction in the last few years has caused the market for fur to collapse and instead of €70 for a pelt the price has now halved.

In September last year the sector came under the scrutiny of the tax office for suspected tax fraud and money laundering. Over €50m of revenue was thought to have been channelled out of sight via accounts in Luxembourg.

It is not known whether the fur farmers will be compensated for the mink which have been gassed because of Covid-19 or whether farms will be allowed to start up again once the virus has disappeared, the Volkskrant said.