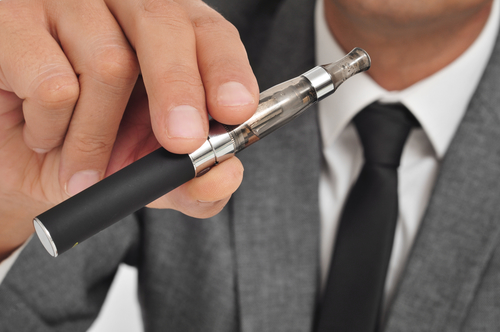 Junior health minister Paul Blokhuis has told MPs he is considering extra legislation to limit the use of e-cigarettes following research which shows they are widely used by teenagers.

Electronic cigarettes are more dangerous to health than first thought and are seen by teenagers as a first step to smoking real cigarettes, according to a new fact sheet produced by the Trimbos addiction clinic on behalf of the health ministry.

Fifteen years after they first came on the market, some 3.1% of Dutch adults now use an e-cigarette on occasion, Trimbos said. Their use is largely seen as a way to stop smoking cigarettes, although almost three quarters of users still smoke in the traditional way.

However, according to figures from 2017, 27% of 12 to 16-year-olds have used an e-cigarette, as have 44% of vocational and hbo college students, and there is increasing evidence that they are becoming a stepping stone to tobacco. In particular the flavours are attractive to youngsters, as is the low cost, the Trimbos agency said.

In addition the liquids contain chemicals which can be carcinogenic or otherwise dangerous. But the impact on lung and heart disease and cancer rates will only become clear in the long term, Trimbos says.

However, the organisation says, the health of the Dutch would be best served if the use of e-cigarettes is restricted to hardened smokers who cannot stop using other tried methods.

‘The new Trimbos insights raise questions about introducing additional legislation,’ Blokhuis said in his briefing to MPs. The minister will now study the research in more detail and, according to the Telegraaf, a ban on flavourings is one of the options being considered.