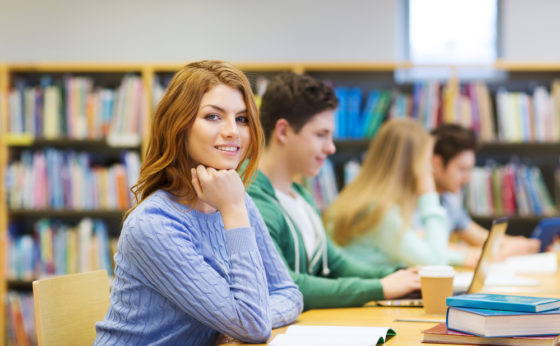 Dutch universities have announced that they plan to teach courses wholly or partially online until February 2021, provoking shock and concern among some students.

The University of Amsterdam’s economics and business departments have informed students that all courses will be taught online until the end of the first semester in February because ‘no one can predict what the beginning of the new academic year will look like.’

Groningen University is reportedly planning to continue with online courses, as is Leiden University, which has discussed the possibility of making the move permanent. Although primary schools are starting to reopen in the Netherlands this week, the government has not yet announced its plan for higher education.

Some international students have told DutchNews.nl that the suggestion that their education might continue online well into next year came as a ‘shock’.

The Dutch student union LSVb has found that students have mixed views of the quality of tuition being offered online. While 41% of students surveyed last month thought the quality was good, 31% thought it was not and 28% were neutral.

Leo Sabovčik, a student at the University of Amsterdam, was surprised that the economics and business departments had decided to go fully online before the government had made an announcement. But, he said: ‘I am quite happy with that decision. I am a non-Dutch student and online classes suit me very well, so I am happy to continue studying this way next semester.’

But Sneha Vaishali, who is currently studying at the University of Delhi and is due to start a Masters in physics and astronomy in September said that if her course were only taught online it would ‘significantly affect’ her decision to move to the Netherlands.

‘Paying a high international tuition fee and not being able to access the classroom teachings, or have exposure to the research environment and infrastructure, doesn’t seem to be worth it,’ she told DutchNews.nl.

She added that a lack of social and academic contact, plus worries about a stable internet connection if she did not move immediately to the Netherlands, would compound the stress of studying.

Nihal Ashok, a Masters student at TU Delft is due to graduate before next semester but said he would think seriously about value for money if the education continued online. ‘From [the] perspective of a first year student, I feel the fee is completely unjustified,’ he told DutchNews.nl. ‘They will be paying around 1600 euros per month and the quality of education is not the same as offline education. There is no international environment, networking, workshops or labs, so there is definitely a compromise.’

A spokeswoman for the University of Amsterdam confirmed that its economics and business department was preparing to teach online from September. Dean Han van Dissel told Folia magazine that the decision was to reassure students ‘that they can carry on and avoid delays in their studies as much as possible.’

Caroline van Overbeeke, a spokeswoman for Leiden University, told DutchNews.nl that it was preparing for both online and on campus education – ‘online if necessary and on campus if it’s possible.’

‘The precise form that this takes from September 1 depends of course on the government and [public health institute] RIVM’s rules,’ she explained. ‘We are preparing for both scenarios in the months ahead, and a mixture of both is also possible.’

She added that the university is offering support to international students, who also have the option of following the education from their home country if they are unable to travel to the Netherlands because of restrictions.

DutchNews.nl has contacted the education ministry to ask when an announcement is expected about the physical reopening of higher education institutions.