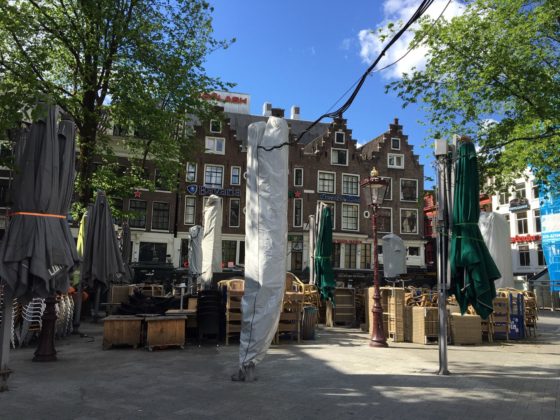 The number of people in the Netherlands with a job fell by 160,000 to 8.9 million in April, according to new figures from the national statistics agency CBS.

This is the biggest decline since 2003, when the size of the workforce was first reported monthly, the agency said. The Dutch official unemployment rate now stands at 3.4%, compared with 2.9% in March.

The under-25s were hardest hit, with 100,000 fewer now in work, although most are not considered to be officially unemployed because they are not actively looking for a new job.

In total, 74,000 new unemployment benefit claims were made in April, double the March increase. But some people still found work, although the number of vacancies is down sharply, the CBS said.

‘It has been very abrupt,’ Rob Witjes of the state job centre UWV, told broadcaster NOS. ‘During the last crisis the rise in benefit claims was gradual – 1,000 or 10,000 more a month.’

In March most new claims were made by people working in the hospitality or entertainment industry but the April figures show that more sectors are being affected. In percentage terms, the cleaning sector showed the sharpest increase with 91% more claims for jobless benefits.

‘The longer the crisis continues, the more links in the chain are hit,’ Witjes said.

The government is also currently paying part of the wages of 1.9 million people under the NOW scheme, set up to help firms whose turnover has plummeted.

Later on Wednesday ministers will outline how that scheme is to be extended. Insiders say that the ban on sacking staff at companies which have requested NOW assistance is likely to be lifted.

Consumer confidence also took a further dip in May, the CBS said on Wednesday. The index now stands at -31, following April’s drop to -22.