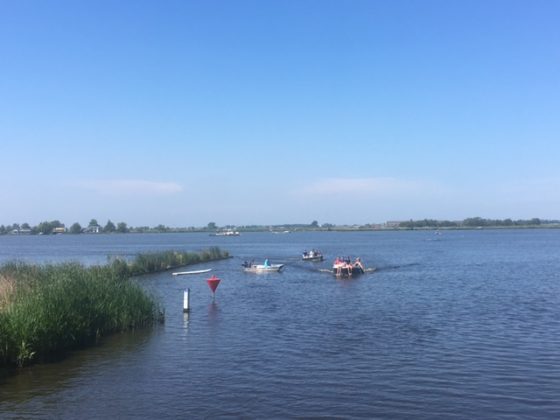 There may be a few days still to go, but the meteorological spring of 2020 is set to go down on record as the sunniest on record, according to weather bureau Weerplaza.

With more sunshine forecast up to the end of the month, the period March to May is likely to have seen 50 more hours of sunshine than average, placing 2020 at the top of the record lists, Weerplaza said.

On average, there are 560 hours of sunshine in spring, but this year so far, there have been 713, and that means the old record set in 2011 has already been broken, weather forecaster Henk Luntz said.

Research by national weather bureau KNMI and Utrecht University shows that Dutch summers have become drier inland since 1950. This means farmers will have to learn to deal with this increase in summer droughts, the researchers say.

The official shortage of rain water – measured at 13 weather stations nationwide – is currently 133 millimetres, and that could increase to 170 mm in the coming two weeks, according to calculations by KNMI.

This means farmers may have to buy feed for their dairy cows because of a shortage of grass, boosting milk prices. Farmers may also be banned from using water in rivers and ditches to spray their crops and, if river levels drop too much, inland shipping will also be disrupted.

So far there is little change in the weather on the way. The coming Whitsun weekend will be warm and sunny, with the best of the weather forecast for Monday, June 1, when temperatures could top 25 degrees nationwide.

The KNMI’s long-range forecast says there is a 60% chance of the same sort of weather continuing well into June.