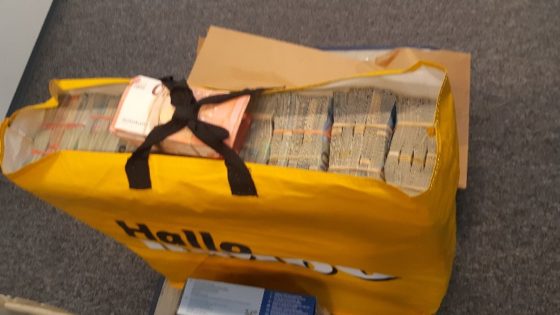 Rotterdam police on Friday confirmed they have arrested a 51-year-old Brazilian national who was getting into a car carrying a Jumbo supermarket bag containing €525,000 in cash.

He was arrested on Wednesday after a tip-off and is suspected of money laundering, police said.

According to the police statement, the man has relinquished the money and been sent out of the country. No further details were given.