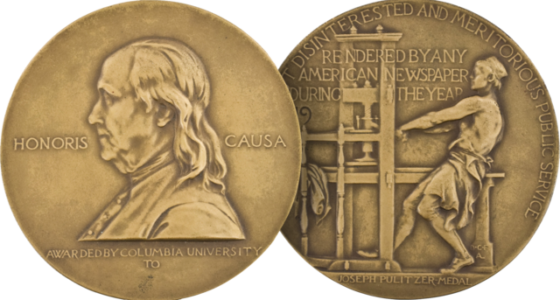 Dutch investigative journalist Christiaan Triebert (29) is one of a group of New York Times journalists who have been awarded a Pulitzer prize for a series of eight articles on Russia’s shadow war in Africa and the Middle East.

The Visual Investigations team that Triebert was part of found evidence last year of Russian bombardments of Syrian hospitals and also proved that Russian pilots had opened fire on Syrian civilians.

‘This is such a major prize,’ Triebert told broadcaster NOS. ‘I have been under contract to The New York Times for a year now and of course we have carried out lots of investigations and knew they were appreciated, but this is really nice.’

Triebert, who is in the Netherlands because of the current ban on flights to the United States, said he had been celebrating with the team on Zoom. ‘That’s how we do things now but it’s a little weird all the same.’