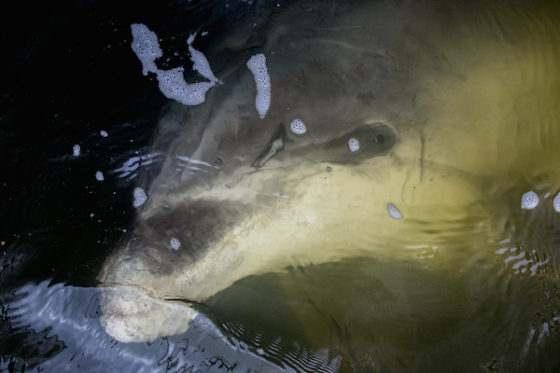 Dolphin Zafar in the port of Amsterdam . Photo: Jeroen Hoekendijk

The dolphin which followed a Dutch sailing boat into Amsterdam harbour before being led back to sea has been found dead on the beach at Wijk aan Zee.

The dead animal, known as Zafar, was found by a man out walking his dog lying in the surf.

The body has been taken to Utrecht University for a post mortem, animal welfare group SOS Dolfijn said. The animal appears to have died fairly recently and its tail is missing, the organisation said.

The bottlenosed dolphin was healthy when it returned to the sea and had been catching fish, a spokesman told broadcaster NOS.

The dolphin was given its name after it was first spotted on the coast of France in 2018 where it was observed to interact with divers.