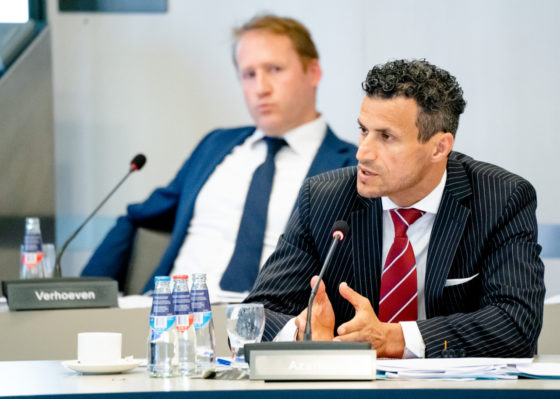 Denk’s parliamentary group leader, Farid Azarkan, has had his membership revoked for ‘rebelling’ against the party hierarchy.

Azarkan is the second Denk leader to leave the post in six weeks after one of the party’s founders, Tunahan Kuzu, resigned over an affair. The third Denk MP and party chairman, Selçuk Öztürk, was accused of reviving the two-year-old liaison with a female party worker to undermine Kuzu.

Azarkan sided with Kuzu and called for Öztürk and the board to resign in the wake of the incident. He was supported by the party’s advisory council and its youth wing.

Azarkan was informed this morning that he was no longer allowed to represent Denk or speak on its behalf.

In a press statement, the two-man board, comprising Öztürk and secretary Zahir Rana, said his expulsion was the culmination of ‘a series of complaints of increasing number and severity about his behaviour. The board’s intention is to restore order to the party.’

The list of infringements included a series of tweets sent during a trip to Istanbul with Kuzu while the former was still party leader. ‘He thereby showed that he wanted to determine the party’s future together with one other member. The board regards this as open rebellion.’

Azarkan was unavailable for comment, but Kuzu denounced the move as ‘madness’ in a Facebook post. ‘A second act of fratricide by Öztürk. Vindictive, irrational and incompetent. I back Farid Azarkan 200%.’

Kuzu and Öztürk founded Denk after breaking from the Labour party (PvdA) in 2014. The party won its first seats at the parliamentary election in 2017.