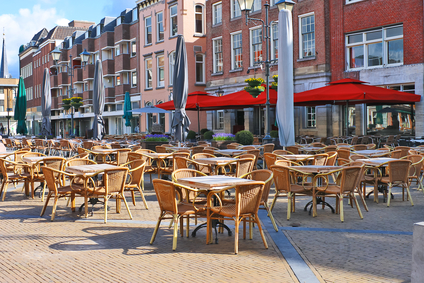 The cabinet is going to relax the lockdown rules in an effort to offer people ‘more perspective’ on the future by emphasising what is possible instead of what is not, public broadcaster NOS reports.

The news, leaked by sources around the cabinet, comes ahead of Wednesday’s press conference and in the wake of criticism of the cabinet for offering too little hope of a relaxation of the lockdown. Current measures are up for review on May 20.

Prime minister Mark Rutte said on Friday a relaxation of coronavirus rules would be too soon because busier street could lead to infections which would only show up two to three weeks later. During an extra meeting between ministers and experts on Monday, however, it was decided to introduce a shift of emphasis, NOS said.

The cabinet is reportedly thinking about allowing hairdressers and beauticians to open up shop again in the foreseeable future, as well as terraces and beach bars. The ban on organised events, banned until September 1, and crowded bars will remain, NOS said.

RTL Nieuws already has a date. It said sources had told news agency ANP that terraces will be allowed to open from June 1, but not how this would be phased in.

The call for people to stay and work at home as much as possible remains but will be less stringent in character, NOS said. It will be primarily aimed at people who have symptoms. According to RTL the new motto will be to ’keep to the 1.5 metre distance and avoid busy places,’ it said.

The issue of face masks for travellers will also be addressed, the NRC reports. Until now the cabinet has maintained making face masks compulsory, as they are in many other countries, would not be helpful.

However, the paper said, public sentiment may sway the cabinet. At the moment, only people in key professions are using public transport but according to public transport body NOVB, the 1.5 metre distance is very difficult to maintain and face masks should be considered.

It would not be the first time the cabinet would give in to public demand. The same happened when the schools closed, an unnecessary measure according to officials, but one which followed public pressure. Primary schools will now open partially on May 11.

Easing the lockdown will also depend on the number of tests that can be carried out, NOS said. The Outbreak Management Team, which advises the cabinet, is aiming for 30,000 tests a day.

Read more about the official Dutch approach on the RIVM website.