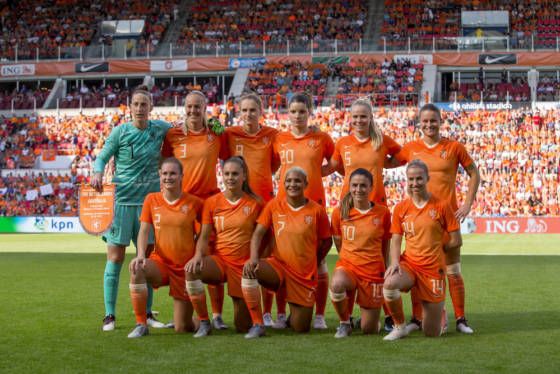 The Dutch FA and national teams have put together an €11 million rescue package to support clubs hit by the coronavirus shutdown.

The deal consists of donations and other measures, such as a six-month freeze on debt repayments, to help clubs in difficulty. It will be split equally between the amateur and professional ranks.

ING bank, which sponsors the national team, the men’s and women’s international teams and the under-21 team are donating to the 3,000 amateur clubs, which will also receive assistance from the KNVB.

‘The KNVB expects clubs to show solidarity with each other in this regard, from the smallest professional football team to the clubs that play European football,’ said the football association in a statement. ‘All clubs are vitally important for strong and attractive Dutch professional football leagues.’

Sports clubs have been closed since March 15 as part of the national coronavirus restrictions and the ban on gatherings of more than three people mean teams are unable to train. Prime minister Mark Rutte confirmed last week that the ban on licensed events until June 1 included football matches.

The KNVB is due to meet representatives of clubs, supporters, sponsors and TV rights holder Fox Sports on Tuesday to decide whether it should attempt to finish the football season.

Supporterscollectief Nederland, the umbrella body for supporters’ clubs, has launched an online survey to gauge fans’ view on whether the season should resume.

Last week several leading administrators, including Ajax’s technical director Marc Overmars, called for the competition to be abandoned. ‘The Eredivie is dead, the fun has gone out of it,’ Overmars said in an interview with the Telegraaf.

If the season is to finish by the end of June – the usual cut-off point for players’ contracts – clubs would have to play eight or nine league games within a month, as well as the cup final between Ajax and Utrecht. UEFA has said the end of the season and existing contracts could be extended to August 3 at the latest.