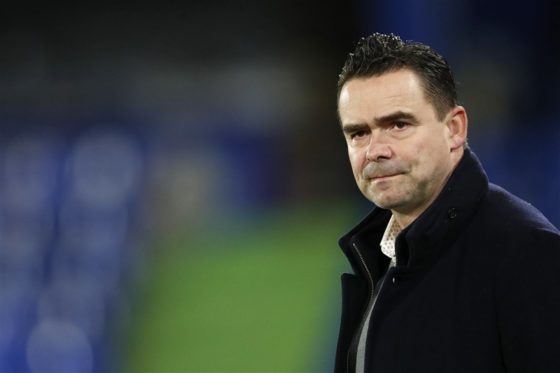 Ajax’ technical director Marc Overmars has criticised the Dutch football association’s wish to press ahead with this year’s professional competition in the summer months.

The KNVB says on its website that it may strive to complete the Eredivise and first division competitions by August 3, a date it says was mooted earlier by Uefa, but which others have queried.

The exact date play could be resumed depends on when training can restart, the KNVB said on Wednesday. However, given that the ban on organised events is set to continue until June 1 at least, an August 3 deadline would mean squashing nine matches into less than two months.

The tentative decision to finish the competition has irritated Overmars. ‘Why is it all about money and not public health at the moment?’ the former international said in an interview with the Telegraaf. ‘I had hoped that the KNVB would make an independent decision, but instead they are hiding behind Uefa.’

‘In the Netherlands we are not as dependent on money from television rights as the competitions in Spain, England, Italy and Germany are,’ he told the paper. ‘I think that the big countries have put Uefa under pressure to continue playing what ever it costs.’

Overmars told the Telegraaf that he is not alone in his views and that other clubs too say the season should be abandoned. ‘The Eredivie is dead, the fun has gone out of it,’ he said.

On Wednesday, Uefa said it was postponing all international matches scheduled to be played in June, including the qualification playoffs for next year’s European Championship, until ‘further notice’.

New from UEFA: All men’s and women’s national team matches that were due to be played in June suspended until further notice.

There is no mention of an August 3 deadline on the Uefa website. Uefa officials are due to meet later to discuss the impact of resuming play on international competitions and the transfer market.

The KNVB says it is also looking into the option of scrapping the rest of the season altogether, including the financial impact on clubs themselves.

Overmars also said that Ajax is involved in setting up an emergency fund to bail out clubs which have been hard hit financially by the crisis.