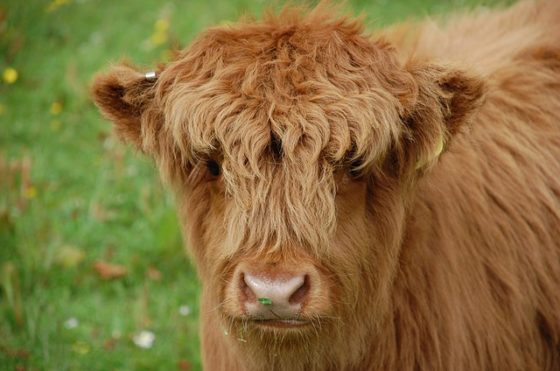 A highland calf. Photo: I E. W. Forbess via Pixabay

Four highland cattle calves roaming on a nature reserve near the Brabant village of Someren appear to have been killed by wolves, experts say.

The four calves, all around one year old and weighing between 80 and 100 kilos, have all been killed on the Kievitsloop reserve in the last three weeks. They appear to have been taken by the throat, after which their organs have been eaten, a method of killing which experts say is the typical work of a wolf.

Farmer Jos Leenders, who owns the cattle, has now called in the help of the farming organisation LTO Nederland and the Faunafonds, which is now carrying out dna tests to establish if a wolf was behind the fourth attack.

DNA research proved at least 165 sheep were killed by wolves in the Netherlands in 2018, but there have not been any confirmed sighting of wolves in the area of the attacks.

Saskia Duives, LTO Nederland’s wolf expert, told the Telegraaf Leenders should now move the cattle because ‘if you have had a wolf in your herd, then they will be back.’

She has also called on the government to set up a special committee to deal with wolf issues in Brabant and Limburg. A similar committee as already exists in Gelderland, where the wolf is known to have settled.

Farmers whose livestock can be proved to have been killed by wolves can get compensation because the wolf is a protected species. They can also get subsidies to install high electric fences to keep their livestock safe.

Leenders has some 150 highland cattle in the region, where they are used to keep down long grass on nature reserves. Mature Highland bulls can weigh up to 800 kilos.