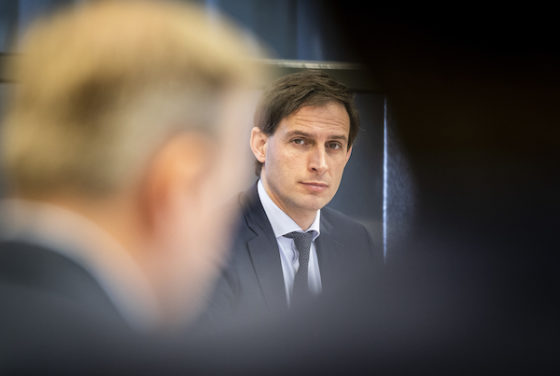 A majority of MPs have supported the cabinet’s opposition to issuing coronabonds as a way of paying for the corona crisis during a debate with finance minister Wopke Hoekstra on Tuesday.

Some southern countries see the bonds, which would be backed by all members of the eurozone, as a way of spreading the burden more equitably across the EU.

But finance minister Wopke Hoekstra infuriated Spain and Italy last week with his blunt rejection of the idea and his suggestion that the EU ‘investigate countries which say they have no budgetary margin to deal with the effects of the crisis.’

Hoekstra was later forced to say the the Netherlands does want to help. ‘We should have said what we did differently,’ Hoekstra told reporters.

During Tuesday’s debate on financial help in the wake of the pandemic, MPs expressed their support for the minister’s position. ‘We are not taking on the entire European mortgage,’ Christian Democrat MP Pieter Omtzigt said.

But there was criticism of the government’s tone of voice and the way it had communicated its position. One Labour MP described the minister’s performance as ‘disgraceful’.

Nevertheless, Hoekstra repeated his opposition to the proposal, which is also opposed by Germany. Whatever the good intention of eurobonds, they would make the eurozone weaker not stronger and ‘cost the Netherlands an awful lot of money’, Hoekstra said.

In addition, it is only reasonable and sensible to attach conditions to any loans made via the European Stability Mechanism, Hoekstra said. Germany has proposed using the ESM to free up billions of euros for Italy, Spain and others that require financial assistance during the recovery period.

European ministers will discuss how to finance the crisis via video link later on Tuesday.

Meanwhile, the cabinet has also agreed to allocate €12bn in guarantees so that companies can keep placing orders with their suppliers, the Financieele Dagblad said, quoting sources in The Hague.

The measure has been brought in because banks and insurance companies are becoming more reluctant to extend loans to company because of fears they may default.