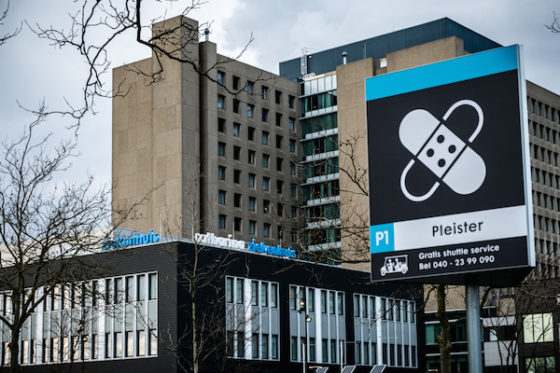 Coronavirus has been confirmed in more hospital workers – this time a nurse working at the Catharina hospital in Eindhoven and a trainee doctor at the Jeroen Bosch hospital in Den Bosch, health officials have told Dutch media.

On Wednesday, Amsterdam’s OLVG hospital group closed its oral and facial surgery department at both locations after a worker tested positive for coronavirus following their return from holiday in Italy.

The trainee doctor is thought to have picked up the virus from a patient who was later diagnosed with the disease. He is being treated at home and the eight patients on the ward he was working on before his diagnosis have been placed in quarantine.

The nurse too is thought to have been infected by patient who was later diagnosed with the disease. Patients she was working with have also been placed in quarantine and tested for the virus.

The public health institute RIVM confirmed on Wednesday that 15 more people have tested positive for coronavirus in the Netherlands, taking the total number of patients up to 38.

Coronavirus in the Netherlands, what you need to know

Most of those diagnosed with the disease were either in northern Italy in February or are related to someone who was there. Officials are still trying to establish the cause of several infections and if there is a common link with the Tilburg Carnaval celebrations.

Meanwhile, the Dutch government is following protocol for dealing with potential crises ‘by the book’, according to the AD.

‘Ministers are not openly speculating about measures which might be necessary in the future’ and although these have been discussed in the cabinet, they are not being shared with the public ‘to prevent panic’, the paper said.

Health minister Bruno Bruins’ role, the AD said, is to remain calm, follow the recommendations of the RIVM, and to be open about what is going on.

Claiming everything is under control, as US president Donald Trump has done, would not work in the Netherlands, the paper said. ‘The Dutch have more faith in a politician who does not make wild promises but does show he is doing his best,’ the paper says.

‘The people we talk to say what they want most is information,’ pollster Gijs Rademaker told the AD. ‘When Bruins and the RIVM began communicating about what they are doing and explaining why we are not closing borders but insisting we should wash our hands, that brought a sense of calm.’