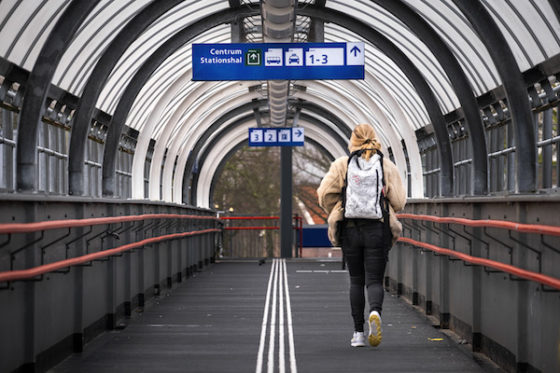 The streets of Dutch towns and cities are largely deserted on Monday as millions of people heed the government’s advice to work from home.

Buses and trams are almost empty and small business lobby group MKB says it expects the first bankruptcies as early as this week. Some 20,000 companies have applied for help to pay workers they are laying off and the website where applications can be made crashed for a time because of the demand.

The government on Sunday evening introduced drastic new measures aimed at stopping the spread of coronavirus, which has killed 20 people in the Netherlands so far.

Coronavirus in the Netherlands, what you need to know

All schools and daycare centres in the Netherlands are now shut until at least April 6 – although solutions are being found for workers classed as essential. Cafes, restaurants, sex clubs, cannabis cafes, saunas and sports clubs have also all been ordered to close their doors.

Airline Air France-KLM says it will ground virtually its entire fleet for at least the next two months and passenger numbers are expected to plunge by up to 90%. The government has already pledged to do ‘all it can’ to make sure KLM stays afloat.

Budget airline Easyjet, which has a major hub at Amsterdam’s Schiphol airport, is also halting flights.

The economic affairs ministry said on Monday it expected to have a solution for the problems facing hundreds of thousands of freelancers whose sources of income have dried up.

Some 60% of the cultural sector, for example, is made up of freelancers, who are now without work because museums and concert halls have been closed.

Economic affairs minister Erik Wiebes came under fire on Sunday for saying freelancers had opted for the risk of entrepreneurship, ignoring the number of people on zero hours or staffing agency contracts.

The Amsterdam stock exchange opened down 5.5% on Monday and continued to fall in early trading, dipping below 400 points. The AEX blue chip index has lost 20% of its value in a week.

European Commissioner for internal markets Thierry Breton told French radio he expects coronavirus will push the EU intro recession and will slash growth by 2% to 2.5%.