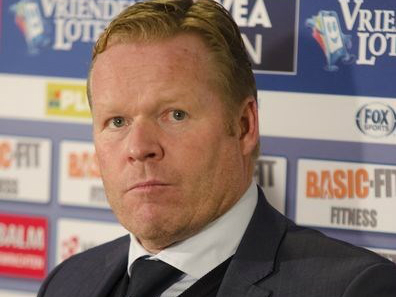 National team coach Ronald Koeman has said Uefa’s decision to postpone the European championships for a year is ‘disappointing, but understandable’.

The governing body made the decision, which was widely expected, on Tuesday as countries around Europe imposed travel restrictions and lockdown measures to contain the spread of coronavirus.

The tournament will now take place between June 11 and July 11 2021 across 12 European cities, including Amsterdam. All other competitions and friendly fixtures have been suspended until further notice, including the Champions League and Euro 2020 play-offs which were due to take place at the end of March.

Koeman also confirmed that he would stay on as Oranje manager for another year. The ‘Barcelona clause’ which would allow him to terminate his contract early if the Catalan club makes an offer will not come into effect until after the Euros.

He said the postponement was ‘something we were very aware of, but it’s understandable, given the times we’re having to live in.’

‘The priority now is people’s health and containing the spread of coronavirus,’ Koeman added. ‘Of course I would have rather played the Euros this summer, but we have to be realistic and accept it. In the coming period we will think about how we can prepare for the moment when the international football competitions can start again.’

One bonus for Koeman is that players such as Memphis Depay and Donyell Malen, who are currently not playing because of injuries, should be fit by the time the championship starts next year. ‘That’s one benefit, but nevertheless I think it’s a shame the championship isn’t being played now,’ he told the Telegraaf. ‘We qualified in strong fashion, we’re in a good flow and that’s why we’d prefer to keep going.’

Uefa has said domestic and continental competitions will have to restart by April 28 if they are to be completed. The absence of a summer tournament means domestic leagues can continue until June 30, while the Champions League schedule will be accelerated to allow teams to catch up.

Uefa will also suspend scheduling restrictions such as the rule that bans national league fixtures from coinciding with the Champions League.