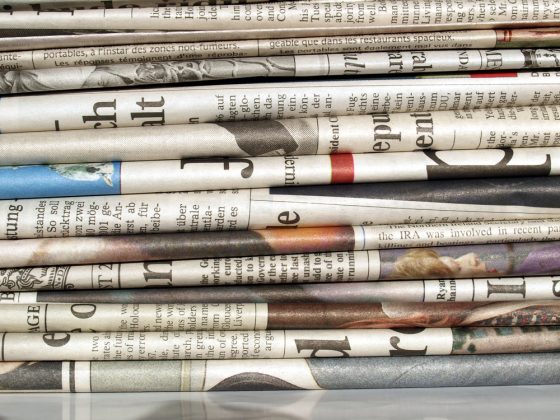 How is democracy bearing up in times of coronavirus? Are we becoming less interested in the political process now out attention is focused on the virus, and should we be worried about our basic rights? ask Trouw and NRC in editorials.

‘In times of crisis an important aspect of democracy is in danger of being disregarded,’ Trouw said.

The paper has detected a drop in interest for the debate on public responsibility for political decisions. Why stir up division when what we need is unity and solidarity,’ seems to be the message, the paper said.

But debate is a sign of involvement, not division, Trouw said. This not the kind of involvement Geert Wilders showed on Wednesday when he said the prime minister’s policy was to send thousands of people to their deaths. Instead it means constructive and critical contributions which, during that same debate, forced the prime minister to be more clear about the issue of herd immunity: not an aim but a by-product of the government approach.

Whether it will be effective it anyone’s guess, Trouw said, but ‘that uncertainty in itself is a reason for continued debate. That is not division but true commitment.’

Rule of law and the justice system

It is still early days for the effects of coronavirus on the rule of law, the NRC said in its editorial.

The unprecedented brake put on our constitutional rights as countries everywhere are trying to find a way out of the pandemic is marked by the fact that few have (as yet) protested against it, the paper said.

‘Citizens are willing to give up their sovereignty to save life and limb and to allow the state to do the necessary. (…) The key to all this is trust in the government and in the return of the freedoms that have been surrendered.

‘In the fact that this is not a welcome training ground for a budding surveillance state where, in the name of public health, each citizen will be treated as a potential source of infection.’

We would do well to be alert, the paper warned, because it remains to be seen if privacy and the right to free movement will survive unscathed.

The paper also questions the effects of the brake on the justice system as asylum requests are blocked, court cases postponed and and arrests by police limited.

‘These measures hit the most vulnerable in society and puts the justice system on the backseat. This cannot last. Suspending the criminal justice system means duping victims, tolerate criminality and releasing suspects prematurely. (..) The state is about to fail in its execution of a core task which is as disastrous for the rule of law as scrapping basic rights,’ the paper concluded.