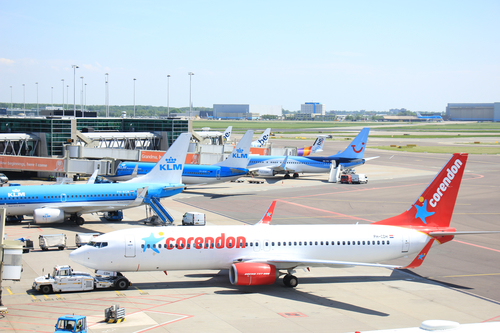 The Dutch government is pressing ahead with plans to bring in a €7 flight tax on all flights, no matter where the destination, from January 2021, junior finance minister Hans Vijlbrief has told MPs.

Airlines had called on the government to put the plan on hold because of the impact of coronavirus on air travel.

The aim of the measure is to reduce carbon dioxide emissions by making it less financially attractive to travel. In addition, ministers say, the time is right to tackle the social cost of flying. The introduction of an aviation tax was included in the 2018 coalition agreement.

‘The measure is not perfect, but it a shift in our way of thinking about aviation,’ Vijlbrief said during Wednesday night’s debate. ‘It is a small step. There is currently no tax on flying and that is not sensible.’

Last year the Netherlands and eight other EU countries called on the European Commission to introduce a tax on flying to help offset the environmental damage caused by air travel.

Germany, France, Sweden, Italy, Belgium, Luxembourg, Denmark and Bulgaria have thrown their weight behind Dutch efforts to tax air travel, which unlike road and train transport escapes taxes on fuel.

Aircraft fuel is not taxed under a global agreement dating back to 1944 which was drawn up to stimulate flying when the industry was in its infancy.

The Netherlands unilaterally imposed a tax on air travel in 2008 but it was abandoned a year later when large numbers of passengers went over the border to Belgian and German airports.

MPs will vote on the new plan next week.