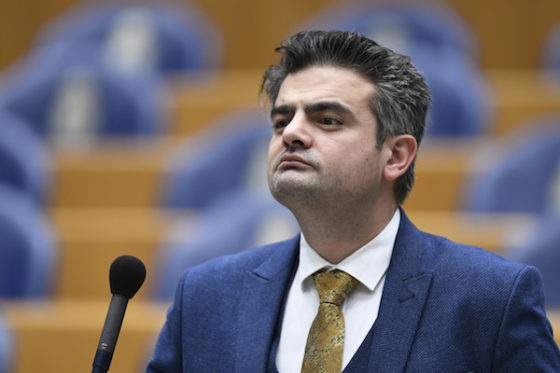 Tunahan Kuzu stepped down as leader of political party Denk at the weekend, citing personal reasons. Kuzu also said he will not be available as to lead the party into the next elections in an announcement on Facebook.

Denk was founded by Kuzu and fellow MP Selçuk Öztürk in 2015, a year after their expulsion from the Labour party for criticising then social affairs minister Lodewijk Asscher’s integration policy.

Kuzu (38), who will remain as MP until the next general election, said he had experienced the past years as a ‘rollercoaster ride’ and said it had been ‘enervating’ to build a movement which represent groups that are ‘not listened to sufficiently’.

‘The other side of the coin for me as the face of Denk is that it has had a big impact on my personal life, ‘ Kuzi said in his statement. ‘I had to ask myself whether I could still muster the energy I had when Denk was founded and if I can lead another campaign.’

Kuzu’s place as leader of the parliamentary party will be taken by Farid Azarkan but it is not yet clear if he will lead the party in the next elections.