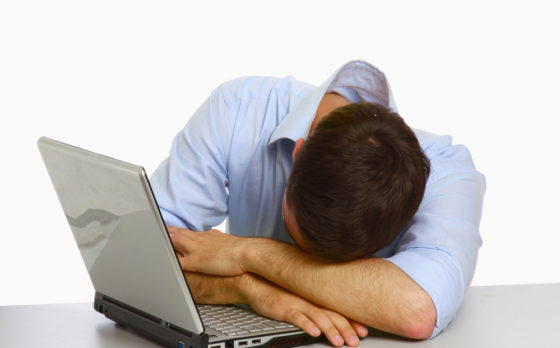 At risk of shut down? Photo: Depositphotos

New businesses are under threat from the coronavirus shutdown, leading organisations have warned. The Dutch Startup Association (DSA), which represents entrepreneurs in the Netherlands, has written to all members of parliament asking for urgent measures to support start-ups.

Co-working spaces have warned that monthly memberships are being cancelled, alongside lucrative events bookings, while their long-term tenants are asking for a temporary stop on their rent – which the organisations cannot afford.

The Dutch government last week announced a package of economic measures to prop up businesses and support sole traders during the crisis – including paying up to 90% of wages and topping up income for freelancers in trouble. However, start-up firms may not be making any income but depending on investment capital and may not have the right business structure to qualify for the measures, the DSA points out.

It has written to MPs asking them to extend the support ruling to limited companies set up under a DGA structure – where the director has a large proportion of shares –  and ensure that the wage support measures do extend to start-ups.

‘The wage support (NOW)…is linked to a reduction in income taxes,’ it points out. ‘Actually, a lot of startups are not making money but still have to pay wages while new financing rounds look like they may be postponed…Some employees, like software developers, will also be hired in as sole traders because of a shortage of these highly-qualified people. It is vital that the start-ups can keep these employees.’

The association also calls for government efforts to boost investment, which is vital for new businesses and to help existing firms scale up. ‘Confidence has dropped dramatically, and investments have been cancelled or put off,’ it adds. ‘This is creating a bottle-neck in the system that means fewer start-ups can grow and that their value drops…For start-ups at the earliest states, it’s important that they have the time and possibilities to get their first products to market, and the better this is done, the greater the chance of success.’

Co-working spaces, which offer relatively cheap and flexible contracts that appeal to start-up businesses, have already taken a hit. People cancelling flexible memberships at the international WeWork have been offered a discounted three-month rate and Thom Wernke, chief executive of the three StartDock spaces, says there are signs of trouble in the market.

‘Last week I spoke to co-working space founders nationally and internationally, to see what we can do together in these strange times,’ he told DutchNews.nl. ‘The current governmental regulations are not sufficient for most startups, neither are they for co-working spaces. What I see within our three spaces and hear from competitors [is that] month-to-month memberships get cancelled, all events and meetings are cancelled [and] many tenants with long-term contracts ask for compensation, freeze of rent or ending of contracts.’

He said that this is creating a dire situation for the spaces, some of which raise 60% of revenue from meetings and events, and which cannot afford ‘special measures’ such as stopping clients’ rent, as they have their own rents to pay.

He warned: ‘The current support of the governments and municipalities is mainly focused on companies that have some company savings. Start-ups are mainly focused on one thing: growth. Growth costs money, so “spare money” is something no start-up will have. If the government does not act towards these startups, a lot of our promising startups will go bankrupt.’

Despite the warning, there are some positive developments. The DSA has put out an appeal to its members to see whether their inventions and ideas can pivot, and be put to work against the coronavirus, for example in creating or modifying breathing support equipment.

Meanwhile, University of Amsterdam lecturer in entrepreneurship and innovation Bram Kuijken has launched a free ‘survival challenge’ programme to match start-ups with students who can help them modify their businesses to turn the crisis into an opportunity. ‘I thought: let’s see if we can bring together students and start-ups in trouble,’ he told DutchNews.nl. ‘Normally the challenges are part of a course and we charge companies a couple of hundred euros, but this is free for start-ups in trouble. So far they include a freelance matching company that matches freelances with jobs in the entertainment industry.’

He appealed for more new businesses to sign up and see whether ideas from students at the University of Amsterdam and Vrije University can help.

A spokesman for D66 said it would look at the DSA’s suggestions: ‘We believe it is important that this economic package is for all types of companies from established businesses such as KLM to ZZP-er sole traders,’ he said. ‘Start-ups would need to show they had income [to qualify].’

Meanwhile the organisation Techleap has launched an online guide in English to help guide young businesses to information and sources of support.