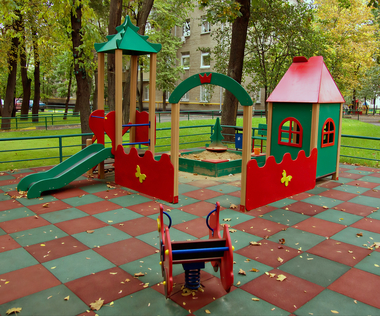 The government came under heavy fire in parliament on Thursday evening following the announcement of new measures to combat the spread of coronavirus.

In particular, both opposition and coalition parties slammed the decision not to close daycare centres, primary schools and secondary schools, partly because it would force healthcare staff to stay home and look after their children.

However, a motion to force the cabinet to close schools, as has happened in Belgium and parts of Germany, failed to win enough support. MPs did agree that parents who keep their children home from school without reason should not be fined.

Anti-Islam campaigner Geert Wilders accused the government of playing with people’s lives. ‘I predict that if you press ahead with this, the Netherlands will rise up and resist,’ he said. ‘People will keep their children home and teachers will report in sick. And I would agree with them.’

Ruling party D66 said the decision not to close schools in Noord-Brabant, which has been hardest hit by the virus, was placing a large amount of responsibility on the shoulders of school heads.

The cabinet should look again at the decision not to close schools in the province, the party said.

Prime minister Mark Rutte said in response that he is following the advice of experts in keeping the schools open. ‘They say that the medical risks for children are much lower,’ he said. ‘And I listen when people tell me that if we close the schools that we will miss a lot of essential healthcare workers, firemen and women and the police.’

Rutte also denied that the Netherlands is trying to catch up with the disease. ‘We are taking all the measures necessary depending on the phases we are in,’ he said.

Ministers will however, look into the option of refusing flights from countries where the disease is rampant, Rutte said.

However, some experts told the AD that the Netherlands should be taking much tougher measures now.

Frits Rosendaal, professor of epidemiology at Leiden University’s teaching hospital, told the AD that he expects the number of Dutch cases to rise to 6,000. And, he told the paper, he hopes that the new measures will stop the number of patients growing to 60,000.

Rosendaal also said he expects the decision to close schools to be made in the coming days. The cabinet, he said, should also ban non-essential meetings of more than 20 people.

The NRC said in an editorial that the seriousness of the situation has finally ‘forced its way through’ to the cabinet.

It is impossible to foresee the implications of the disease and the government measures on everyday life, the paper said.

‘The economic side effects of the measures have to be monitored for an over-reaction, which could make the damage worse,’ the paper said. ‘And that calls for caution.’

But Rutte’s focus on the ‘level-headed’ Dutch can be exaggerated as well, and that is what has happened, the paper said. ‘It would be naive to think that the Netherlands, with its open borders could remain free of the uncontrolled spread of the disease.’