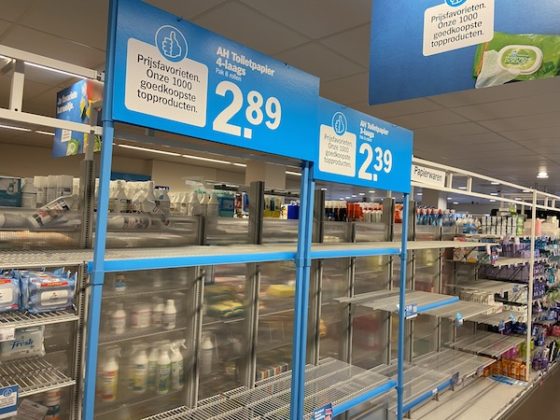 The coronavirus crisis is likely to lead to economic recession, Pieter Hasekamp, the new chief of the government’s macro-economic policy think-tank CPB has told the Telegraaf in an interview.

‘We are still managing, but a recession is virtually unavoidable,’ Hasekamp told the paper. At the beginning of March, the CPB put 2020 economic growth at 1.4% but said at the time if coronavirus spread, growth would be 0.9% if not less.

‘Even if it only lasts a few months, if things continue to decline as sharply as they are doing now, then growth will be negative,’ Hasekamp said. ‘At the moment health is the most important issue, but it would be strange not to be concerned about the economic impact as well.’

‘At the moment, the uncertainties are fundamental,’ he said. ‘It is not about economic but about epidemiological factors. And that is why we are not making new forecasts.’

The think-tank has now been drawing up new scenarios and the first results of that research will be published on Thursday, the Telegraaf said.

Spending on public transport was down 80%, while spending on toys, DIY products and food rose 16%, 20% and 7% respectively, the analysis showed.

Spending in cafes and bars, which are now closed, fell 81%, with only takeaway services providing respite.

In total, the number of transactions using pin cards last Thursday was down 21% on the same day in 2019.

The coronavirus crisis has also called a halt to a number of pay negotiations, according to employers’ advisory group AWVN.

In particular, the logistics, construction and hair dressing sectors now risk being without a pay deal.

‘These are normally busy months with dozens of new deals,’ a spokesman told the Telegraaf. ‘But there is no employer at the moment who wants to make long term financial commitments.’