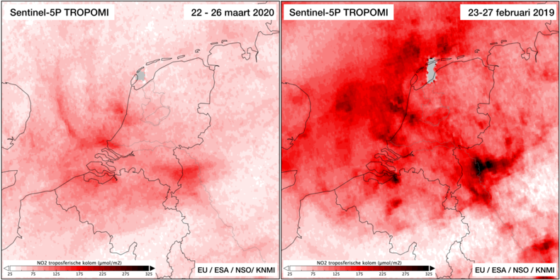 The Dutch cabinet will not come up with new measures to reduce carbon dioxide emissions before April 1 as planned, economic affairs minister Erik Wiebes said after Friday’s cabinet meeting.

‘A lot of people, we included, have other things to do at the moment,’ Wiebes said. ‘The Urgenda court ruling still stands, but there are other priorities.’

Last December the Dutch Supreme Court ruled the state is required to reduce greenhouse gas emissions to protect the health of its people, under the European treaty of human rights, ending a seven year legal process.

The ruling means that the government must now reduce greenhouse gas pollution by 25% by the end of this year when compared with 1990. The plans should have been published next week.

Various researchers suggest the Netherlands is on course to reduce CO2 emissions by only 19% to 23% of 1990 levels by the end of this year.

Potential solutions include closing the remaining coal-fired power stations sooner than planned. The speed limit on motorways has already been reduced because of another court case.

Meanwhile corona protection measures mean that Dutch air pollution has dropped by between 20% and 60%, according to satellite measurements.

The KNMI weather bureau has found a dramatic reduction in dangerous substances such as carbon dioxide and nitrogen dioxide in the air as a result of cancelled flights and reduced economic activity.

Using the Tropomi satellite instrument it has compared air pollution in 2019 with measurements in 2020, taking advantage of the sunny weather and cloudless skies to take extra readings.

Comparing the picture from 22nd to 26th March – after coronavirus reduction measures were implemented – to 23rd to 27th February 2019, the agency observed dramatically less polluted skies.

The measurements vary greatly from one day to the next, depending on weather conditions, which explains the variability in the pollution reduction.