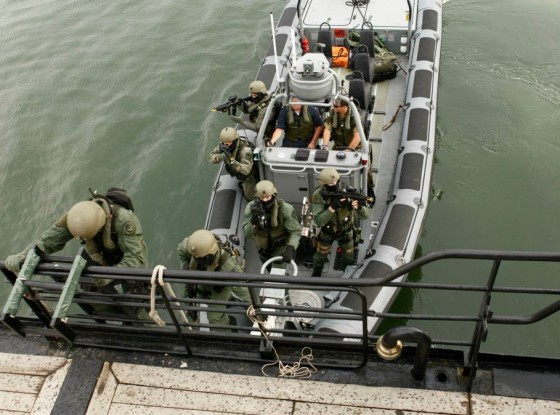 Prime minister Mark Rutte has said he will go to Zeeland to meet locals who are angry at the decision not to relocate a major marine base to Vlissingen.

The move to shift the base from Doorn in Utrecht province was first agreed in 2012 and would have involved moving 1,800 marines and their families.

However, junior defence minister Barbara Visser finally confirmed last week that the move would not go ahead, much to the fury of local politicians and employers who had been making preparations for years.

Dozens of marines and officers have been leaving the elite force because they did not want to make the move, and military experts argued the plan would seriously affect the Netherlands’ fighting capacity.

Visser was forced to apologise for ‘dithering’ to MPs last week, admitting she should have involved parliament and the province more in the decision-making process.

Rutte will visit Vlissingen to meet locals who have been affected by the cancellation plans on March 5. According to broadcaster RTL, some plan to sue the government for compensation.

‘It is only right that Rutte comes and talks to the people of Zeeland about the base and about what to do next,’ VVD parliamentarian Andre Bosman said.

According to local broadcaster Omroep Zeeland, the decision to place the new marine base in Vlissingen was compensation for earlier decisions to remove several government agencies from the province, including the tax office and a court.