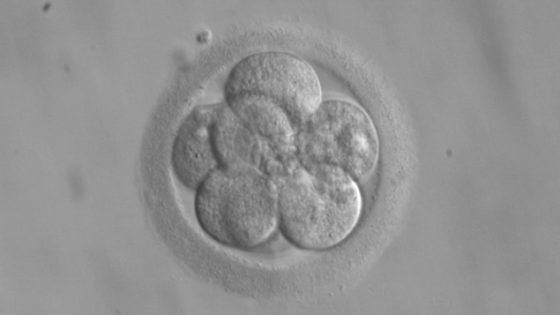 Thousands of Dutch parents who paid to save stem cells from their child’s umbilical cord fear they may have gone missing, reports the AD.

They had bought the services of the Dutch stem cell bank Cryo-Save, which last year hovered on the brink of bankruptcy, announced it had transferred its blood and tissue samples to the PBKM FamiCord Group in Poland, and stopped operations.

Following concerned parents in Hungary, Italy and Spain, Dutch parents are now unclear about the location of their children’s stem cells and whether they have been lost in transit.

The FamiCord group has confirmed that 2% of some 230,000 clients’ samples did not make it to its laboratories, and a spokesman told DutchNews.nl that they ‘don’t know exactly’ where they are. Tomas Birin, a board member, said that some ‘200 or 300 people in Europe who had samples taken by Cryo-Save in mid-2019 could have that question mark: where is the sample?’

According to the AD, some Dutch parents are among those with concerns, and some have been approached by a business in Dubai, CSG Bio, which claims to be controlling their child’s cells now. Birin confirmed their fears that some parts of the Dutch stem cell bank collected by Cryo-Save could be in Portugal.

Cord blood is rich in stem cells – sometimes described as the body’s ‘master cells’ – which can be used to treat serious diseases such as cancers, immune deficiencies and genetic disorders. But concerns have been raised about increasingly-popular private and commercial cord blood banking, which is restricted countries such as France.

The AD reports that Dutch children’s cells were transferred without the parents’ consent. It claims there are question marks about the legality of Cryo-Save’s practices. Switzerland is investigating whether it broke transplant law and Belgian and Swiss authorities are investigating the transfer of cells to Poland.

Famicord has said in a statement that ‘almost all’ cells held by Cryo-Save were transferred to its laboratories in Poland as part of a business agreement, and that people who wish to trace their genetic material should register online at www.famicord.eu.

Birin told DutchNews.nl that since concerns were raised in Hungary, Italy and Spain last year, it has been manually recataloguing 630,000 sub-units of the stem cell samples and has so far identified around 60% of them. But, he said, some tanks leaving a Swiss facility may have been redirected to another company’s facility in Portugal and some remained at another in the Netherlands.

He said it was the responsibility of Cryo-Save to get its clients’ consent for the move, and that it had obtained the required permits, but that if their samples had reached Poland, they would be stored free of charge for the contractual term with no additional fees.

‘I understand that the clients are worried where the samples are but on the other hand the majority have not registered themselves,’ he said. ‘Now we have a system, a call centre in many languages including one person speaking Dutch and people speaking English, Spanish, Italian, French, German and Hungarian. The clients can go to the internet, click it and be patient.’

It has published a set of common questions and answers online in various languages.

A message posted on Esperite’s website to ‘Cryosave’ customers says: ‘Your baby’s umbilical cord blood Stem Cells are safely stored in PBKM Famicord state of the art laboratories in Poland, Warsaw. A follow up page will inform you on all unfolding events and keep you up to date on progress happening within the company.’

DutchNews.nl has contacted Esperite, CSG Bio and its owner Myrisoph Capital, for a comment. A contact telephone number listed on Esperite’s website is not connected and the Amsterdam address is an office complex used by shell companies.