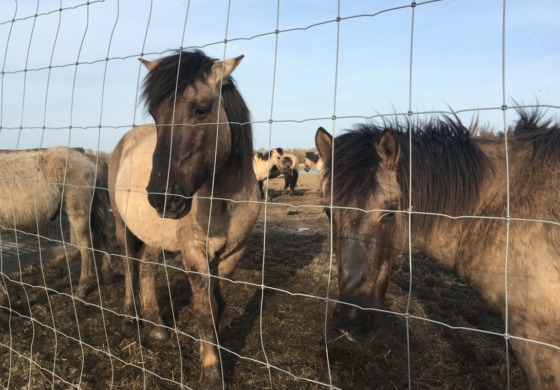 Thirteen feral horses living on a nature reserve in Lauwersoog have been killed because they were causing problems for visitors, local broadcaster RTV Noord said on Friday.

The horses are part of a larger group which were moved from the Oostvaardersplassen nature reserve in Flevoland a year ago because of overcrowding.

In total, 40 konik horses were moved to the north, to join the estimated 250 already living there, but problems arose from the start.

‘We got complaints and walkers thought the horses were very pushy,’  warden Jaap Kloosterhuis said. ‘Our own horses are shy but the newcomers are obviously used to people and to being fed.’

Earlier this week forestry commission workers on Texel were also forced to move a number of konik horses which had also been shipped to the island from the Oostvardersveld.

The horses have now been placed on part of the island where visitors are not allowed after thousands of people signed a petition to stop the animals being culled.

Other horses from the Oostvaardersplassen have been taken to Belarus and Spain as part of efforts to reduce the population to no more than 450.