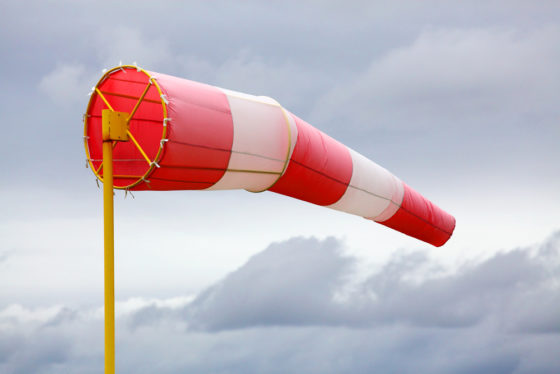 More flights to and from Schiphol airport were cancelled on Tuesday as strong winds continue to buffet the Netherlands, particularly in northern coastal areas.

The KNMI issued a code yellow weather warning for the west of the country and said winds of up to 90 kph can be expected at times. While in the west there may be sunny spells later in the day,  hail and sleet could hit eastern parts, the KNMI said.

The temperature will be no higher than 6 Celsius.

Strong winds on Monday night caused further damage in the wake of Sunday’s storm Ciara, with gusts at up to gale force 9 recorded on the Wadden Sea island of Vlieland and in IJmuiden.

There was also localised flooding in some places, due to the combination of the storm, spring tide and high river water levels from Germany and Switzerland.

Wednesday will be similar, with strong winds, showers and occasional sunny spells while the rest of the week will be overcast with some rain.