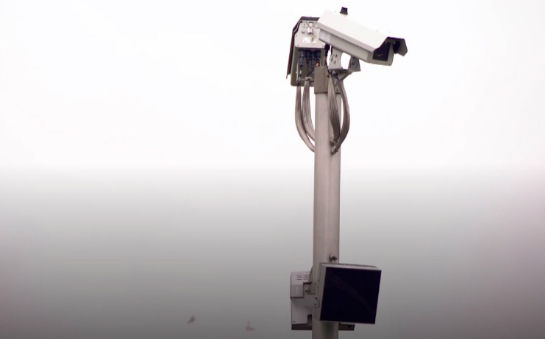 The first of 20 speed cameras to be installed on provincial roads has been switched on in Utrecht province.

The cameras will monitor drivers on a stretch of the N414 between Baarn and Bunschoten, where the speed limit is 80 km/h. Electronic signs have been put by the roadside to alert drivers as they approach the controlled zone.

National traffic police spokesman Achilles Damen said the road had been selected because ‘systematic speeding’ had heightened the risk of accidents. Preliminary research found that 65 per cent of drivers exceeded the 80km/h limit and 28 per cent went faster than 87 km/h, the point at which speeding fines are issued.

‘In the past year there have been 14 serious accidents with five injuries and one death, and we want to reduce that number to zero,’ Damen told NOS.

‘Two cameras on opposite sides of a defined section measure exactly how long somebody takes to cover that section. The system then calculates how fast somebody has been driving on that section.’

Cameras are due to be installed at another 19 locations on N-roads in the course of the year. A study by the ANWB found last year that provincial roads accounted for 20% of traffic deaths even though they represent only 6% of the total network.

‘We have selected roads where there have been a lot of accidents where speed has been a factor,’ said Damen.

‘Other measures must already have been tried, such as enforcement or some kind of communication. If that doesn’t lead to a reduction in speed and fewer accidents, we can use this mechanism.’