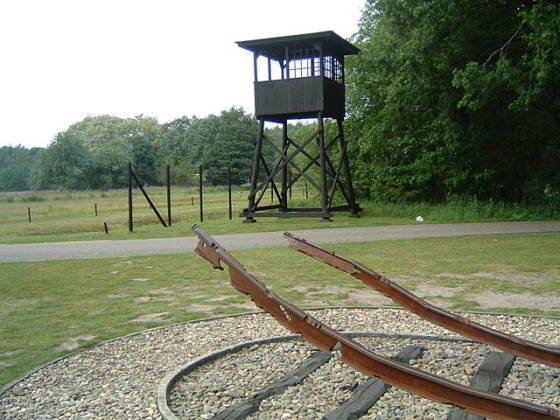 Part of the Westerbork monument. Photo: Blacknight via Wikimedia Commons

Dutch state-owned railway company NS has paid out €32m so far to the victims and close family members of people transported by train to concentration camps during World War II, broadcaster NOS reported on Monday.

The NS was commissioned by the Nazis to take an estimated 100,000 Jewish, Roma and Sinti people in special trains to holding camps in Westerbork, Vught and Amersfoort, where they lived before being taken to death camps in the east. It is estimated to have been paid some €2.5 million for this – something it describes as ‘a black page’ in its history.

The commission to allocate compensation was set up last August after a three-year battle by 83-year-old Holocaust survivor Salo Muller.

Applications can still be made up to August 5 this year, in English as well as Dutch. Some 700 requests have so far been dismissed for not having the right paperwork or other evidence.