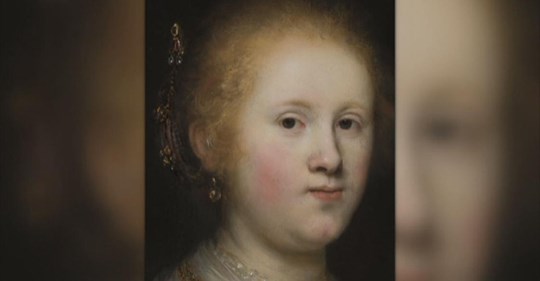 Dutch art experts are questioning claims that a painting attributed to an unknown artist in Rembrandt’s workshop was actually by the Dutch master himself.

The painting, Portrait of a Young Woman, hung at in the Allentown Art Museum in Pennsylvania for years and was credited to Rembrandt’s studio.

Two years ago it was sent to New York University for cleaning and restoration work and now, according to news agency AP, it has been attributed to Rembrandt rather than a pupil.

But Dutch experts say they have their doubts the painting, which dates from 1632, is by Rembrandt himself.

Leading art historian Ernst van de Wetering told broadcaster NOS that the claim is a commercial trick, designed to get more people to visit the museum, which will put the new ‘Rembrandt’ on display in June.

Van de Wetering, who ran the Rembrandt Research Project for years, says the institute reviewed the Portrait of a Young Woman earlier and concluded it could not be by the master.

‘Rembrandt is very strong when it comes to light and shadow,’ he said. ‘The side of the face away from the light is too lit up.’ In addition, he said, the proportions of the face are wrong. ‘This work does not stand a chance.’

Rembrandt expert Jan Six said he was extremely surprised people could now conclude the painting was by Rembrandt after it being dismissed by the Rembrandt Research Project in the 1970s.

The finding, he said, is premature given that the technical reports have not been made public so outside experts can study them.

DutchNews.nl has tried to establish exactly who has declared the painting to be a Rembrandt.

Shan Kuang, the restorer who worked on the painting at New York University’s institute of fine arts, told DutchNews.nl: ‘The new x-ray does show lively brushwork and other information about the process of painting that are consonant with Rembrandt.

‘However, attributions cannot be based solely on x-rays or any other sort of technical examination,’ she said. ‘To be clear, I have never claimed to have the authority to say the painting is by Rembrandt.’

‘No Dutch expert has yet had the opportunity to examine the restored painting in person and van der Wetering himself did not participate in the inspection of the painting in Allentown in 1970,’ Kuang said.

DutchNews.nl has also contacted the Allentown museum for comment. According to CNN, the museum has decided to attribute the painting to the Dutch master on the basis of Kuang’s report and considerations by other experts.

Note: This story was updated on February 19 to reflect Shan Kuang’s comments.