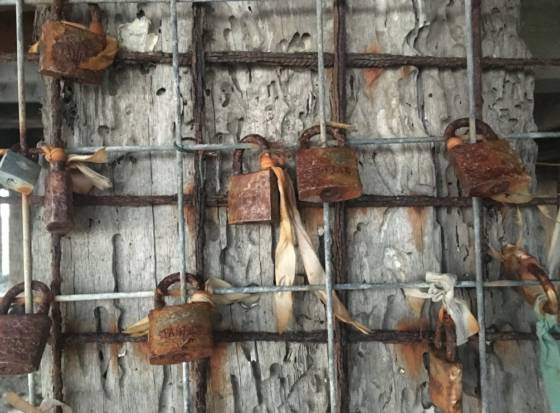 The concept of Valentine’s Day may be relatively new in the Netherlands, but Friday’s newspapers are doing their best to move with the times, with a swathe of articles about modern love.

These days people are hedging their bets when it comes to finding the love of their life, the Volkskrant writes. And it turns out the internet is to blame.

Umpteen dating apps give people the idea that there is an infinite number of desirable partners to choose from, so they are asking, why settle for the first reasonable one that comes along, cultural anthropologist Jitske Schuurmans, who researched the apps, told the paper.

Users are also lazy: only half actually go on a date, while the other half just window shops and swipes, Schuurmans points out.

Tinder is horrible, says old fashioned human matchmaker Radboud Visser in Trouw,  even though 2.8 million people in the Netherlands are currently living on their own and 1.5 million people are listed on the app.

Visser wants people to find a steady partner, not a one night stand. He works with two hour interviews and endless questionnaires to make a match. He claims a 75% success rate and one of the questions he will ask during an interview is: ‘Do you always wear those clothes?’

11 reasons why you need a Dutch boyfriend

The NRC has delved into the Valentine spending patterns of the average Dutch man. The paper spoke to a number of flower sellers who all said the native Dutch spend far less on Valentine flowers than people with an ethnic minority background.

‘They ‘um and ahh because they can’t decide to buy a €5.95 or a €6.96 bunch,’ one said. Turkish, Moroccan and Surinamese men, by contrast, go for big bunches of roses costing as much as €125. And apparently the Turkish Dutch also cleverly buy roses for their mothers and mothers-in-law as well.

Dutch men may also prefer to spend their money on dining out so they too get something out of the gift.

At Bisto Bankoh in Nijmegen it’s all hands on deck tonight, the Gelderlander writes.  ‘It’s crazy. The first reservations came in weeks ago, all for tables for two, said the appropriately-named sommelier Leroy Hartjes.