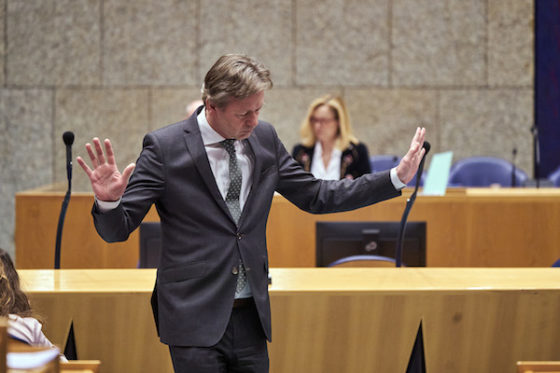 Dutch coalition party ChristenUnie has said it wants ‘guarantees’ from the cabinet about the Ceta trade treaty between the EU and Canada before it can commit to voting in favour.

Dutch MPs on Wednesday held a long debate on the treaty, and it is still touch and go as to whether the lower house will vote to ratify it next week.

ChristenUnie MP Joel Voordewind said during the debate that his party is confronted with a major dilemma. When Ceta was first finalised in 2016, his party was in opposition and against it. Now, as part of the government, there have been some improvements but many of the party’s objections are still in force, Voordewind said.

In particular, he said, he wants guarantees that EU food safety standards will remain intact and that there are extra checks on Canadian farms to make sure meat grown with the use of hormones does not end up in the Netherlands.

Most opposition parties – on both the left and the far right – are opposed to the treaty, but ChristenUnie support would be enough for it to pass in the lower house.

In the senate, however, the government coalition can only count on 32 seats and it would need 38 for a majority.

One of the main objections to the treaty is the inclusion of an arbitration tribunal which would look at trade disputes arising from Ceta.

According to some NGOs, American companies would be able to take complaints to the arbitration tribunal via their Canadian subsidiaries and so enable them to sue the Dutch government.