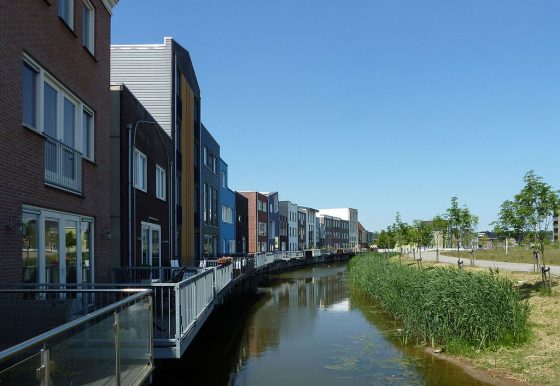 A plan to build 25,000 affordable homes with a fast metro connection on reclaimed land near Almere will go some way to solving the Netherlands’ acute shortage of housing, according to the plan’s Liberal democrat and Christian Democrat backers.

The Almere Pampus project was first mooted years ago but shelved in 2013 until at least 2025. Now D66 and the CDA say it should be revived as part of effort to build some 300,000 new homes.

‘It is a great space on the IJmeer lake, with a view towards Amsterdam,’ D66 leader Rob Jetten said. ‘There are few places in the Netherlands where we can think big. And this area is ready to be developed.’

A fast metro link, preferably in a tunnel, is key to the project, Jetten said.

The relatively new city of Almere has been the fastest growing part of the Netherlands over the past 20 years in terms of its economy, jobs and population.

Almere, created on reclaimed land in the 1960s, is a planned city and got its first houses in 1976. It became an independent local authority area in 1984.