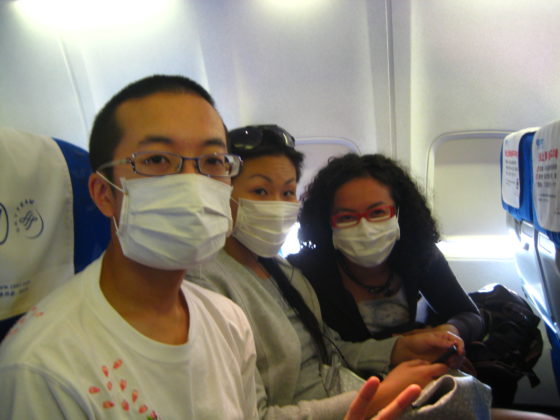 One of the Belgian nationals brought back from Wuhan in China alongside 17 Dutch nationals on Sunday has been diagnosed with coronavirus, the Belgian authorities have confirmed.

The woman is said to be in good health and has no symptoms. She is being treated at a specialist hospital in Brussels. All other eight Belgian nationals have tested negative for the virus.

‘The situation has not changed now that someone [from the flight] has tested positive,’ a spokesman for the Dutch  RIVM public health institute said. ‘We know in advance that this could happen, and this has been taken into account.’

The 15 Dutch citizens and two Chinese partners, arrived by bus in the Netherlands shortly after midnight on Monday and are all currently in quarantine.

They were transferred to military accommodation initially but some have been allowed to return to their homes for the 14-day quarantine period as long as they show no signs of illness, no other families are living with them and they stay in a separate room.

Others are staying at a secret location. None have yet been found to have any symptoms.

On Sunday Chinese authorities said 17,300 people had been infected with coronavirus, 362 of whom have died. All of the deaths have been in China, with the exception of one Chinese national who died after travelling to the Philippines.

The virus is thought to have originated at a seafood market in Wuhan, a city of 11 million people in central China, where snakes, marmots and poultry were on sale. Five other Dutch nationals living in the city have opted to stay in the country.