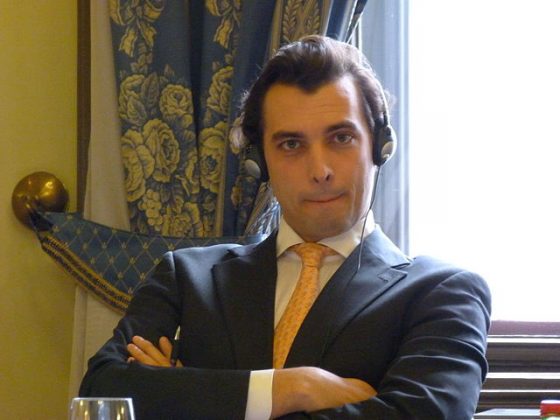 Far-right MP Thierry Baudet has been condemned for a tweet in which he wrongly claimed that two friends had been harassed on a train by ‘four Moroccans’.

The national rail operator NS refuted Baudet’s version of the incident on Friday evening on a Sprinter train from Weesp to Amsterdam. The two women were asked to show their tickets by plainclothes inspectors, but initially refused.

Baudet has declined to delete his tweet or reply to journalists who tried to contact him about the incident. NS identified the train from an image that the Forum voor Democratie leader posted with the message on Instagram.

After the inspectors and a police officer on board the train, also in plain clothes, showed their identity cards the women produced their travel passes, which were valid. Passengers had been alerted to the fact that non-uniformed staff were checking tickets.

Baudet used the fabricated incident to urge ‘childishly naïve’ Dutch people to ‘break free from politically correct nonsense’ and ‘save this country’. He also claimed that reporting harassment by ‘Moroccans’ to the police was fruitless. Witnesses said one of the four officials had a minority ethnic appearance.

Some MPs called for Baudet to apologise for his tweet. VVD member Zohair el Yassini said: ‘If you have Moroccan blood flowing through your veins, Thierry Baudet sees you as a potential criminal despite your Dutch heart.’

ChristenUnie leader Gert-Jan Segers was more succinct: ‘Sorry seems to be the hardest word,’ he said.

NS said it carried out plainclothes checks on routes where fare-dodging is rife to stop non-paying passengers getting off the train before inspectors could reach them.