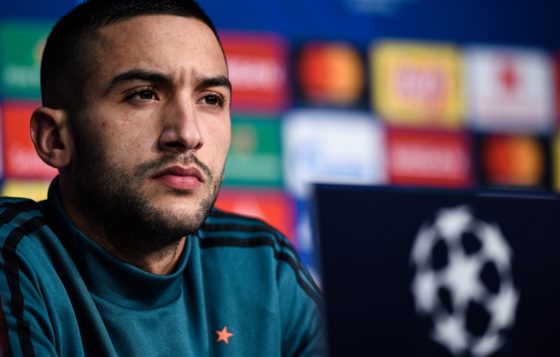 Ajax mainstay Hakim Ziyech is poised to sign a contract with London club Chelsea, the Telegraaf said on Wednesday, following mounting rumours that the 26-year-old would move at the end of this season.

Chelsea reportedly made a bid for the Moroccan international in January, but this was rejected by Ajax, who did not want to let any key players go midway through the competition. According to the Telegraaf, Chelsea made a renewed offer for Ziyech, currently recovering from an injury, at the beginning of this week and the two clubs now have a ‘verbal agreement’.

The paper says Ajax will earn some €45m from the sale, excluding any bonuses. Ziyech signed to Ajax from Heerenveen in 2016 on a five-year deal, reportedly for €11m.

AS Roma and Sevilla were among the clubs which were after Ziyech at the end of Ajax’ successful last season. He reportedly was unwilling to make the move ‘unless everything was just right’, which, according to the AD, is now the case with Chelsea.

At the end of last season, the most successful in the club’s recent history, Matthijs de Ligt moved to Juventus and Frenkie de Jong went to FC Barcelona. This year, Donny van de Beek has been linked to Real Madrid and FC Bayern Munich have made an official bid for American international Sergiño Dest.

Ajax director Marc Overmars told the Telegraaf last December he expected a busy summer in terms of transfers. ‘It will be more difficult to keep the team intact, because I know the agreements we have made and that Ajax players are in demand.’