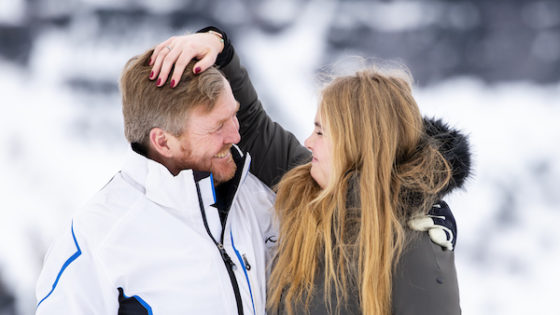 The Dutch royal family, including former queen Beatrix and current king Willem-Alexander, took part in the traditional winter holiday photo shoot for the press at the Lech ski resort in Austria on Tuesday.

As well as the king and queen and their three daughters, prince Constantijn, his wife Laurentien and their children were part of the group. The family have been holidaying in Lech for 15 years.

The aim of the annual winter photo shoot is to stop photographers following the family while they are on holiday. The media code was established in 2005 to enable the young princesses to have as normal a life as possible but also extends to other members of the family.

In the code, journalists agreed not to take photographs of the royal family outside official engagements. In return, the family agreed to pose for photographs at twice-yearly sessions; once in the summer and once at the start of their skiing holiday.