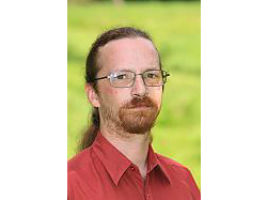 The Socialist Party has ordered a council group leader in Groningen to give up his seat after he called Forum voor Democratie (FvD) leader Thierry Baudet a Nazi on Twitter.

Maarten Kluit refused to apologise for his tweet, in which he also called Baudet ‘the biggest threat to the nation-state’, but stepped down from his post in Midden-Groningen after the SP distanced itself from his words.

‘I certainly see similarities between Baudet and fascism and Nazism’, he said on Sunday. ‘By that I mean the huge hatred of foreigners that Baudet projects, the attacks on the positions of judges, the media and everybody who has a different opinion.’

Kluit, who was appointed leader of the SP’s five councillors on January 1 this year, will be succeeded by party veteran Han van der Vlist.

A statement by the party said it had taken a ‘difficult and tough decision,’ but Van der Vlist was plainer when he spoke to RTV Noord: ‘We said: this is wrong, he has to give up his seat.’

Van der Vlist added that he was the only candidate to take over. ‘The other councillors couldn’t or wouldn’t do it, so I’ve taken on the responsibility. I will take the helm so that together we can steer the party into calmer waters.’