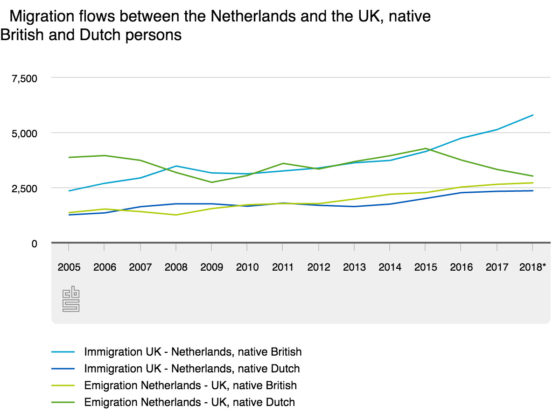 The number of British citizens moving from the UK to the Netherlands increased sharply in 2019 ahead of the Brexit deadline, according to new figures from Dutch national statistics agency CBS.

Emigration from Britain has been going up steadily since before the Brexit vote in June 2016, the CBS said. At the same time, fewer Dutch nationals are moving to the UK.

In 2019, 2,600 Dutch nationals moved across the Channel to Britain, the lowest total in 20 years. Taking returnees into account, the net increase in Dutch people moving to the UK amounted to just a few hundred, the CBS said.

In total over 90,000 first and second generation British nationals now live in the Netherlands.