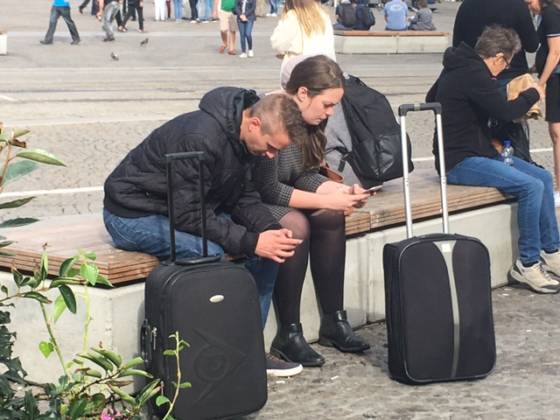 Amsterdam is wrong to allow locals to rent property to tourists without a permit, the country’s highest administrative court said on Wednesday.

Amsterdam’s decision not to require a permit conflicts with housing law, and although the city can come up with additional regulations, the permit is compulsory, the Council of State said.

The case focused on an Amsterdam woman who rented her home to American tourists for five days. She had not notified the council, as required under local bylaws, and was given a €6,000 fine by council inspectors.

Under city rules, Amsterdam residents who wish to rent out property via agencies like Airbnb may only do so for 30 days a year,  and must register the rental period with the  authorities. They are also banned from renting the property to more than four unrelated adults at a time.

In its ruling, the Council of State said that the woman did not have to pay the fine because it had been levied on the wrong grounds. All holiday rentals require a formal permit, and that should have been the reason for the fine, the court ruling states.

The council is still free to fine people for breaking its bylaws but the permit is a legal requirement, the court said.

Amsterdam housing alderman Laurens Ivens told DutchNews.nl that the court ruling is a surprise, because it would appear to mean that all holiday rentals are banned.

The Council of State had earlier appeared to suggest that it was unclear if renting your home out for a few nights could be considered removing a property from the housing stock, he said. The court now says that in cities where there is a shortage of housing, all rentals are illegal unless there is a licence.

‘Amsterdam has been battling the explosive growth in holiday rentals for years and sees this ruling as an important step in this,’ he said. ‘At first glance, this ruling would indicate that renting an entire house out to tourists is banned. The council is now studying the precise meaning.’

The ruling may also have implications for other Dutch cities where Airbnb is popular.

The new rules brought in by Amsterdam at the start of this year do give officials the option of banning rentals in busy parts of the city.