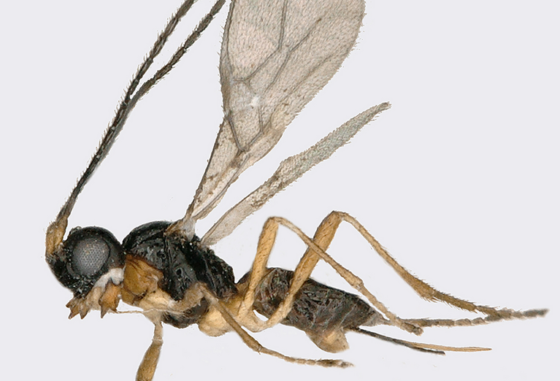 The Vondelpark in Amsterdam is home to a hitherto undiscovered species of wasp, which has now been named after it, the Parool reported this week.

The Aphaereta vondelparkensis, a type of parasitoid wasp, was discovered last year at the park’s Koeienweide, a small area of grassland, by a team of scientists and local researchers. It was caught in a trap consisting of a jar of rotting chicken which had been buried in the ground.

The five-day project was set up by Taxon Expeditions, which organises research trips to all corners of the world. The company’s founder Menno Schilthuizen chose the location to explore how biodiverse a spot in the middle of a busy city can be, the paper said.

Apart from the unexpected presence of the wasp, the team’s findings were ‘spectacular’ in other ways as well, city ecologist Remco Daalder told the paper. ‘In just five days we found over a hundred moths, 85 species of beetle, 21 species of spider and 15 species of snail. It goes to show that the biodiversity in only a few hectares in a city can be huge.’

Daalder said Schilthuizen had broadened the idea of biodiversity.’When we say biodiversity we usually think of rabbits or blackbirds. But Schilthuizen looks at the soil and it contains a wealth of species. We are talking to him about exploring other parks to see what creatures we can find there.’