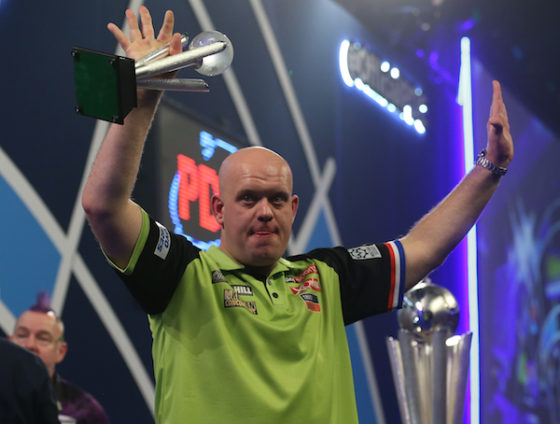 The match, described by commentators as ‘the best of the tournament’, was Van Gerwen’s fifth final in eight years.

‘I can only blame myself. I had several chances to go in front, but when you don’t take them against a player like Peter Wright, you’re not going to win, simple as that,’ Van Gerwen told reporters.