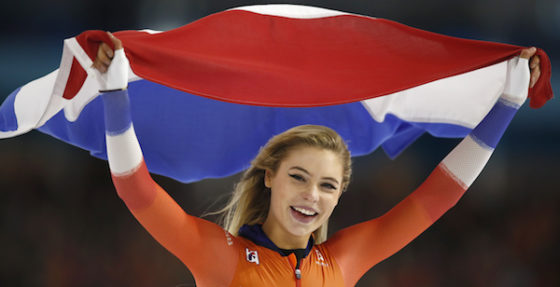 The second European single distance speed skating championships in Heerenveen this weekend ended up as a competition between the Netherlands and Russia, with Dutch skaters taking eight of the 14 gold medals up for grabs.

The Dutch women in particular dominated the last day of the three-day event. Antoinette de Jong, Ireen Wüst and Melissa Wijfje retained the team pursuit title for the Netherlands., Jutta Leerdam won her first major title with the 1000 metres gold and Irene Schouten wrapped up the day with gold in the mass start.

In total, the Netherlands ended up with a haul of eight gold, five silver and three bronze medals. Russia won five gold medals and Belgium one.

Since 2017 the yearly ISU European Speed Skating Championships have a different format in alternating years, with a combined sprint and allround tournament in the odd years and a single distance tournament in the even years.

The women’s 5 kilometre and men’s 10 kilometre races have also been dropped from the event.