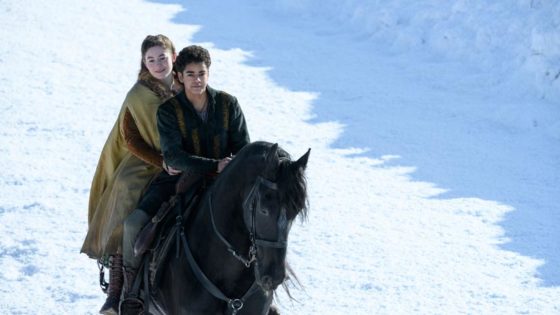 The first images of a new Netflix series based on the popular Dutch children’s book The Letter for the King, have been released by the company.

De Brief voor de Koning is about the boy Tiuri  who spoils his chances of becoming a knight by opening the door to a wounded stranger and then embarks on a perilous journey to take the man’s message to the king.

It was written in 1962 by Tonke Dragt and was an immediate hit, selling one million copies world wide. The English translation was published in 2014.

The book was made into a Dutch-language film ten years ago and Dragt said at the time ‘too many story lines had been brought in’ but that she had to let go of the book and accept the film was ‘based on’ her work.

Producer Paul Trijbits said in an earlier interview with NOS that Dragt (88) had been very ‘interested and involved’ in the present series, written by Will Davies of Puss in Boots and How to train your Dragon fame.

The series will tick a number of boxes, he said. ‘It is a series that will appeal to parents and children alike. There is a big demand for things that people can watch as a family. And there are some important themes, like friendship and endurance.’

The series, described by Netflix as ‘a sweeping fantasy series’ also chimes with the current popularity of fantasy based films and series.

Filming of the Letter for the King took place Prague and prime fantasy film destination New Zealand. The six parter first season will be seen in 190 countries and is expected to be broadcast in the spring of this year although no official release date has been announced.

The first Netflix Dutch-language series Ares, a gothic horror based around a secret student society, was launched earlier this month.