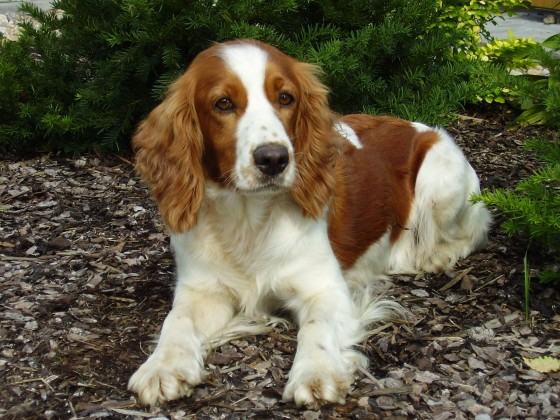 A healthy and happy spaniel.

There is a fair trade mark for cocoa – so why not for pets?

Animal rights and vets organisations, concerned about the sale of puppies of unknown backgrounds and health problems, have set up a FairDog platform.

The website, which aims to be up and running within two years, should offer pet buyers puppies with a certified pedigree and reliable details about their health, behaviour and breeding method.

According to the NOS broadcaster, some 150,000 puppies are sold each year in the Netherlands. It reports that many are cheap, come from Eastern Europe, and could suffer from health problems such as viruses and bacterial infections.

Piko Fieggen, of the Dutch Society for the Protection of Animals which is one of the FairDog project’s founders, told the NOS. ‘If you take on a dog, you want a nice dog that you can enjoy without problems. The goal is that in the Netherlands we soon only have healthy and well-socialised dogs.’

The initiative will offer a quality stamp for dogs offered on its site, and dogs from abroad will be checked rigorously for infectious diseases. The aim is that it will also offer advice for people who might want to adopt, for instance, a former racehound or stray.

Linda Wouters, a dog breeder, told the NOS that a screening programme was wise, especially for dogs with a risk of genetic issues. ‘The French Bulldog is a race that often has a lot of problems and often it is simply bred rather than people making an effort to improve the breed,’ she said.

Vet Mijntje de Beer, who works in Boxtel, warned that a cheaper dog would not come cheap in veterinary bills if it is not healthy. ‘I often see dogs from eastern Europe that just aren’t healthy, which have parasites or specific bacteria or viruses,’ she reportedly said. ‘You can’t take a puppy with diarrhoea to a training course so they quickly get behind in their development.’

There are an estimated 1.5 million dogs in the Netherlands, and the demand for the pet is thought to be greater than the regulated supply. The FairDog partners have also submitted a report to the Dutch government calling for more co-operation to ensure only ‘well-trained and healthy dogs’ are for sale.