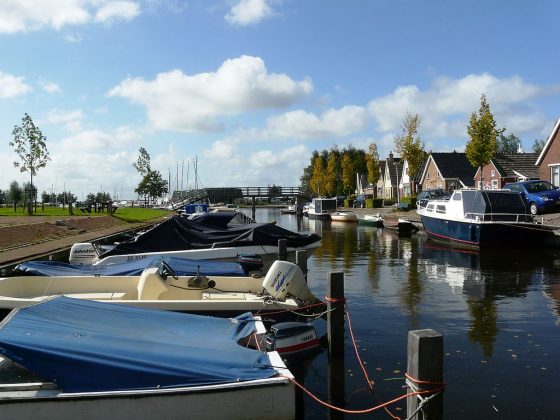 Two villages in Frisland have become the first in the province with where Frisian is the dominant language at the local shop.

The shops are making the switch following an appeal by Afuk, an organisation which promotes the Frisian language and culture. Afuk spokesman Fokke Jagersma said that many supermarket staff speak Frisian and the stores themselves sell local products, but the language does not get a look in.

‘If you are abroad, you want to taste different things,’ he told local broadcaster Omrop Fryslân. ‘And a lot of tourists comment that the Frisian language is invisible.’

The supermarkets themselves have free rein to decide how ‘Frisian’ to go. In Damwoude (Damwâld), the local Albert Heijn supermarket is becoming bilingual, and will use Frisian texts underneath Dutch ones in all signage.

‘Damwoude has to be able to smile about it,’ team leader Durk Boer said. ‘Some of the words are very odd. I did not know that ‘flaubiten’ meant snacks for in between meals, for example.’

In Oostermeer (Eastermar), some 20 kilometres away, the village shop is going completely over to the local language. Cartons of drinks, for example, will be labeled ‘’Foar de toarst’ (for thirst)

Eastermar has two previous claims to fame. In January 2018, won the top prize in the Postcode Lottery’s New Year draw and it is also the birthplace of top model Doutzen Kroes.

Around 470,000 people in the province of Friesland speak Frisian, including 350,000 who count it as a first language. It is the closest relative to English among current European languages, reflected in words such as tjiis (cheese).